IT Band Syndrome: Stanford study takes a new look at the source of pain

A recent study by Stanford University states that the Iliotibial band (IT band) may not be responsible for the widely known runner’s injury, IT band syndrome. IT band syndrome is generally due to overuse and can occur anywhere from the knee to the hip. Weak hip muscles, tightness in the muscles around the IT band, or even a prior hip dislocation/injury can also contribute to ITBS.

The Stanford study analyzed the anatomical structure of cadavers and living persons. They conducted movement assessments and imaging on the knee in its various points of flexion, especially at 30°, which is the point where the IT band seemingly moved out laterally.

First, the Stanford study never found a bursa at that site of the knee, whether cadaver or living person. Secondly, the seemingly lateral movement in the living persons upon flexion implied that the ITB was moving laterally in flexion or otherwise just tightening in that area. It is possible that what happens gradually overtime is due to an imbalance issue. The vastus lateralis shifts out of its original place and drops distally with overuse, hence pushing fat cells in between the ITB and the lateral epicondyle of the knee. The flexion of the distal end of the ITB then causes direct compression of the fat cells on the nerve endings in that space and causes the perceived pain.

In conclusion, adipose, or fat cells—not a bursa—fall between the IT band and the lateral epicondyle of the knee, pressing the nerve endings, which might be the source of the ITBS pain. Bursitis was ruled out in the Stanford study of ITBS since no bursa was ever found in any of the cadavers or the living persons.

The fact that the prior diagnosis for ITB syndrome may have been completely undone by this one—rather simple—discovery, is actually quite astounding. However, as science and technology continue to advance, medical care and post rehab programming will continue to evolve as our understanding of the human body changes with new discoveries.

Retrieved from NCBI - US Ntn'l Library of Medicine, National Institutes of Health: http://www.ncbi.nlm.nih.gov/pubmed/15896092Stanford University School of

Medicine. (2006, March). The functional anatomy of the iliotibial band during flexion and extension of the knee: implications for understanding iliotibial band syndrome.

Retrieved from Journal of Anatomy: http://www.ncbi.nlm.nih.gov/pmc/articles/PMC2100245/

4 Keys to Managing Most Low Back Conditions

Why are my muscles sore days after a workout? Did I injure something? 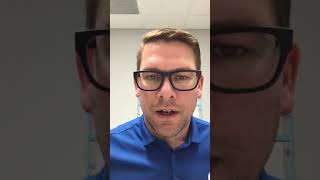 Hey Mom To Be! Your More Resilient Than You Think!

Back Discomfort When Planking? It May Be a Tight Psoas

Your New ACL: 3 Crucial Exercises You “Knee’d” to Know